Arthur started the discussion, „I first met Lenka on LinkedIn, based on a post of „Love Dogs“. When I responded to it, she welcomed my communication and invited American Dog Rescue to become partners in the quest of teaching all children how to care for and speak up for dogs at home and in shelters near them; to educate the next generation so the world for dogs and people will be a better place in the future.

„Little did I know then all I learned about Arthur, not only his work with dogs but his life-long commitment to educate children from the poorer communities of the United States and the world. He does things like serving on the board of The Boys and Girls Clubs in Florida caring for 12000+ kids after school, coaching them to succeed and feeding them meals that they would not otherwise have, and traveling with, then, U.S. Sec. Of State, Hillary Clinton to Indonesia to coach 20-year-old entrepreneurs toward success.“ Lenka added. And Arthur chimed in „it’s been ummm… „Puppy Love“ around us since that very meeting.“

Wherever they appear or whatever event they go together or separately, dogs are better off and dogs gravitate to naturally. Recently in Ibiza, Spain, they were seen talking to people about dogs in the street surrounded by dogs and their owners from all over the world, it was almost a convention-like atmosphere that just happened spontaneously. At another event in Brazil just before that a rescued dog that fears men jumped in Arthur’s lap and proceeded to nap. It’s just incredible to watch them solo or together with canines!

What’s next? According to Lenka, „Who knows where this combination of „Paws Power“ will take us. If it were up to „Isa“ and „Angie“ my two rescue dogs, we would adopt „Tex, „Charlie“ and „Bandit“ and take this show on the road globally.“
Stay tuned for the continuing saga of „Love Dogs“ global expansion and for other great people to join in Lenka’s love fest to make a difference for people and dogs, now and forever!

Contest for the best rescue story 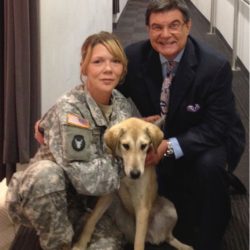 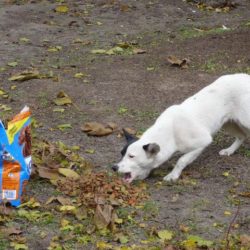 Rescue of 12 dogs from Afghanistan

Rescue of 12 dogs from Afghanistan

Tex after operation that saved his life 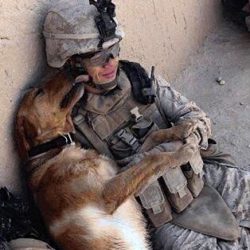 Presenting to Pen Farthing – CNN man of the year 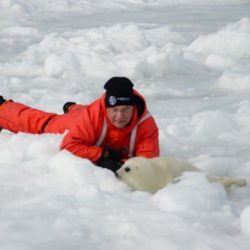